Deprecated: Array and string offset access syntax with curly braces is deprecated in /home/visagene/vrnoble.com/wp-content/plugins/beeketing-for-woocommerce/vendor/sentry/sentry/lib/Raven/Client.php on line 326

You May Still Book Online

For Appointments After the Lockdown is Lifted

Thank You for Your Understanding

VR Noble is the first Virtual Reality Toronto (GTA) that provides a premium virtual reality (VR arcade) entertainment experience. It was launched on August 8, 2016, immediately after the first CtrlV opened in Waterloo. At VR Noble, we ensure that you will have an unforgettable immersive experience that is the best you can get in Canada. We give you premium quality but not prices. We are headquartered in Mississauga, Ontario and now expanding to Toronto, North York, and other areas in Ontario.

We are recently renovated and have bigger and more rooms now. New devices and services have been added and expanded. You can place orders with confidence because we offer 100% customer satisfaction warranty. If for any reason you are not satisfied with us, we will give you a full refund.

Register here to enter a draw for a bonus free VR hour coupon and be the first to hear about our news.
Thank you! 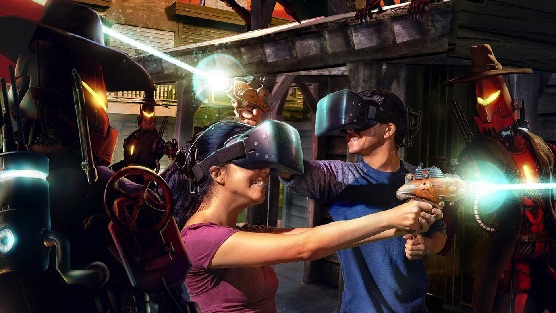 VR Noble operates on an appointment basis. We only accept appointments from the website, no walk-in please. Rest assured, 100% satisfaction guaranteed! You MUST place an order online before physically coming on-site! Please visit the booking page here for our services and prices. Please use the number on the Contact page to call us with any questions.
Check prices and book a session
BOOK ONLINE

We add new VR games and movies from time to time. We have larger game selections than other arcades. Please go to the Content page for the most recent titles. The games are categorized into three types of VR content - HTC VIVE Games(1), Oculus GO Games(2), and VR Movies(3).

What Can You Do at VR Noble?

Imagine your dream vacation. Where was it? What will you do? Who will go with? What's the weather like? What are you wearing? Can you see every little detail? If you're anything like us, you have tried to save the money for that vacation, maybe almost enough, but later you find out you won't actually have enough time to go on it. It's a bummer, right? What if you could simulate seeing the Eiffel Tower or that rock concert you planned to attend last summer whenever you wanted? With virtual reality, you can. The technology lets you travel to distant destinations, escape to new worlds, and even create moments you have never experienced before.

So come to VR Noble! Virtual Reality (VR) is a simulated experience that can be similar to or completely different from the real world. Applications of virtual reality can include entertainment (i.e. gaming) and educational purposes (i.e. medical or military training). Other distinct types of VR style technology include augmented reality and mixed reality. Currently standard virtual reality systems use either virtual reality headsets or multi-projected environments to generate realistic images, sounds and other sensations that simulate a user's physical presence in a virtual environment. A person using virtual reality equipment is able to look around the artificial world, move around in it, and interact with virtual features or items. The effect is commonly created by VR headsets consisting of a head-mounted display with a small screen in front of the eyes, but can also be created through specially designed rooms with multiple large screens. Virtual reality typically incorporates auditory and video feedback, but may also allow other types of sensory and force feedback through haptic technology.

WARNING: The following people are not recommended to use VR.

VR Noble is Noble in VR! 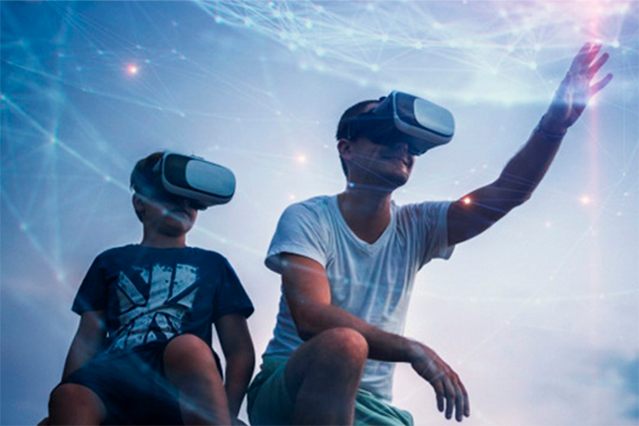 Are you ready for Virtual Reality now?

Many of us have seen images of people wearing big virtual reality headsets, immersed in some other world, as their bodies react to images they are experiencing. But are you ready for what’s coming next?

Why not just come and have a try? We have prepared the venue, equipement, and software to create the possibility for you to experience anything, anywhere, in the VR world. You will appreciate the cutting edge technology of VR since it allows anyone to join a world where people can play and learn without consequence.